One of the goals of Healthy Boost pilot projects was to incorporate XR (Extended Reality) technologies into the city pilot´s health promotion actions. What kind of process it has been for the project team members, especially municipal representatives that are rather experts of their own cross-sectoral fields, than specialists of these new technologies? 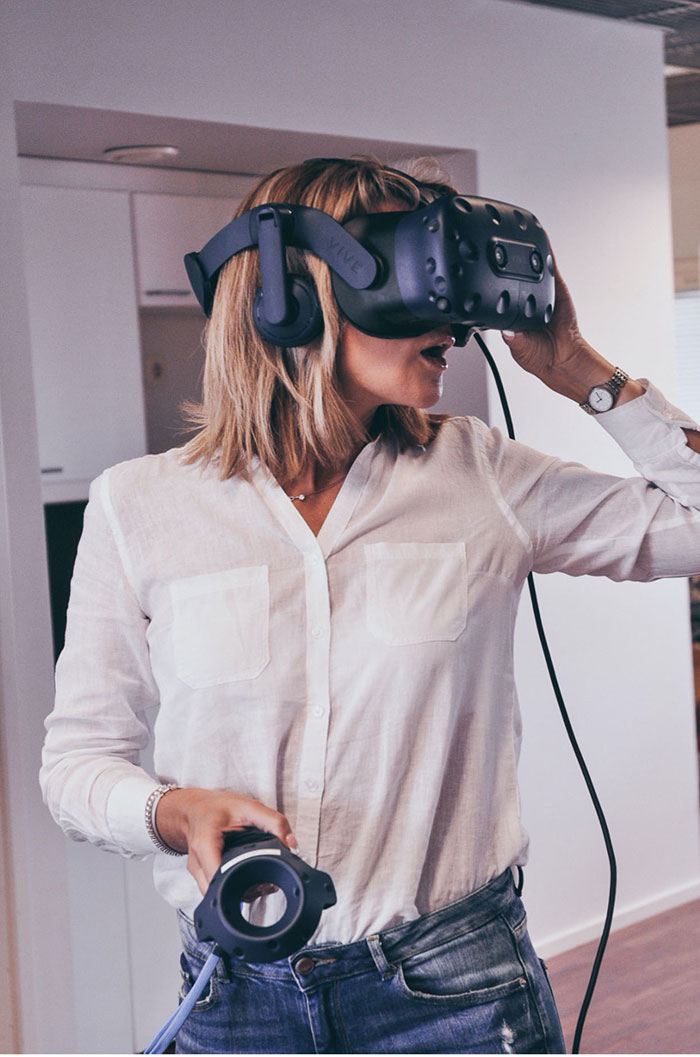 While Healthy Boost project is nearing its conclusion, it is interesting to take a retrospective view of what kind of process it has been to involve XR technologies with city pilots of Healthy Boost project. At the end of 2020 a survey was conducted to understand the process better so far.

According the survey, most of the participants were not very familiar with these new technologies, only some of attendees had some background and basic knowledge of them. XR Day content was built to provide information, hands-on demos and trying out different content and solutions in XR showroom for the attendees. Also, a short co-creation session at the end of the day was arranged to originate first ideas for local solutions that could be piloted in municipalities.

Did you have any XR knowledge before the project started? “Not really; I knew something about VR tools and such but especially the AR was a new thing.”

How was the XR DAY in Helsinki XR Center? “Very useful! We understood what can we do in our pilot and got the idea of the game” “Yes, we found interesting ideas for implementation. Also, we found a good partner for our project.”

The decision-making process of the pilot idea with XR features

Altogether 6 pilot city coordinators answered the survey focused on the experiences and possible use of XR technologies in the pilot project. The survey showed various processes for the decision-making process of how the XR features could be incorporated with the city pilots. Some of the pilot cities developed further the initial idea that they came up in XR Day. For some city pilots, concept creation included sessions with working groups and different stakeholders for co-creation. Also, meetings with selected partners and consultancy with XR Center expert was used.

“In cross-sectoral working groups, we discussed how VR can be used in the area of public health promotion.”

“The model of cross-sectoral cooperation was used in the discussion.”

Selection of a solution provider and collaboration with stakeholders

According the survey most solution providers (SME:s) were found through market research and collaboration with existing partners, like universities. In some cases, a suitable short list for potential partners was provided by Helsinki XR Center for a further public tendering process. Pilot municipals were satisfied with the collaboration process with solution provider, even during the pandemic restrictions. Virtual communication tools, like slack and skype was used for communications. 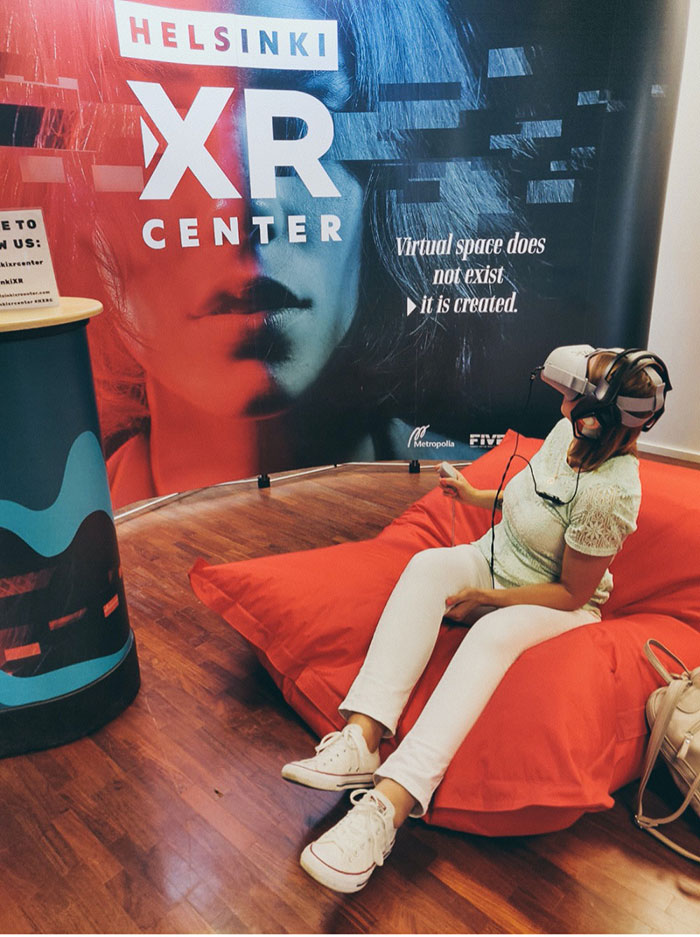 In order to develop a XR related solution for the pilot a co-creation process was taken place encompassing internal stakeholders, citizens and partner companies for the concept creation, planning process, content input and technical solution.

Facebook call, press release, remote working group meetings, workshops and consultation of internal experts within the organization were tools for the concept and content design process.

“We had an idea XR to be associated to sports ground. The more detailed idea was created during a co-creative meeting with solution provider.”

“We consulted different experts in our organization and tested some of the content with co-workers. No citizens were involved due to the lack of resources (project coordinator doing mostly alone the work).”

City of Tartu developed together with Finnish FlyAR studio an AR solution that shows through mobile devices where public outdoor gyms and sports grounds are located. It also provides guidance how to do some exercise moves in those sites.

As a summary, one would conclude that incorporating new digital tools and technologies into pilot projects has been successful so far. The main take-away would be to include time enough in similar projects to familiarize project group well enough in early stage of the project with these new technologies and possibilities that they provide in the context of the project goals.

“We have been enjoying this journey of creating XR solution. The best part of the whole project!”

XR is an umbrella term, which includes VR, AR and MR. Thus, XR represents everything between our reality to full virtual reality, and all mixtures of reality and virtuality in between.

Virtual reality is a computer-generated three dimensional simulation that can mimic reality or be something totally different. Virtual reality is usually experienced through a VR-headset as a visual environment.

Augmented reality refers to adding computer-generated virtual elements and data to a real environment for example through a smartphone screen or AR-glasses.

Mixed reality is between VR and AR, where reality and computer-generated virtuality exist together in different proportions.